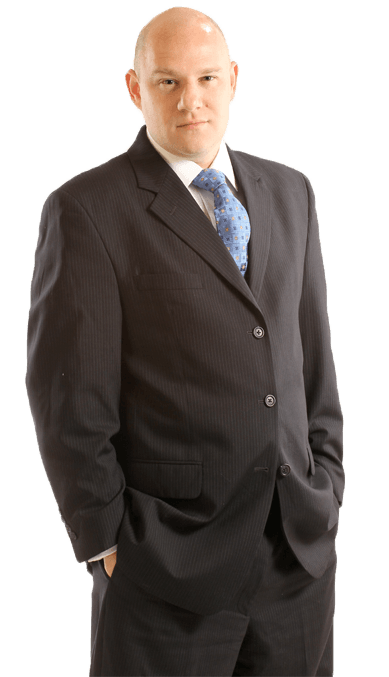 Matthew Nagel is the founder and managing partner of the BiState Law Center. He fights for people that have been hurt at work in Missouri and Illinois, protecting their three main benefits and guiding them through the workers compensation system.

Now attorney Matthew Nagel uses his experience as a former insurance defense lawyer to help injured workers in Missouri and Illinois navigate the workers compensation system.  His goal is to make workplaces safer and stop people from being hurt at work by enforcing safety rules. Matt also uses his legal experience in the classroom. He is an adjunct professor of law at Washington University School of Law (his alma mater) and teaches at Maryville University and Ranken Technical College

Away from the Courtroom and the office, Matthew enjoys spending time with his wife Jaci and their dogs Wellington and Gizmo. He is still an avid soccer player and works with professional soccer players to further their careers. He volunteers with SPENSA and the St. Louis Volunteer Lawyers and Accountants for the Arts.

The choice of a lawyer is an important decision and should not be based solely upon advertising. The information offered on this website is not formal legal advice, nor does viewing it form an attorney client relationship. Any results set forth herein are based solely upon the circumstances of that particular case and offer no promise or guarantee upon the outcome of any other case.

This site is not intended to solicit clients outside the State of Illinois or Missouri.